I knew the 20th anniversary of 9/11 would emotionally tug at my heart, but I didn’t expect the powerful force that would swirl through my entire being from the moment my eyes opened.  Images and emotions from two decades ago hit like a lightning bolt as if it was yesterday.

As I’m sure is true for so many of you, I remember exactly where I was on September 11, 2001.  I was living on Long Island and working from my office in Connecticut in what I considered my dream job as a Vice President of Organization Development for Gartner.  After watching in horror as the first tower went down, I spent hours trying to get through clogged telephone lines to reach my sister Carolyn to find out if my brother-in-law Jim was safe.  Jim was a NYC Firefighter in the Hells Kitchen district, right next to Times Square.  By the late afternoon I was relieved to hear that Jim had the day off and was out fishing that morning cut off from the news.  Returning to his car he turned on the radio to be greeted with the horrible events unfolding that day.  He rushed home, kissed my sister, and went down the street to the elementary school to wish his son a happy birthday before heading into “the city” to support the rescue and recovery efforts.  Buried in the tremendous rubble were his closest friends among the hundreds of first responders and thousands of other souls who tragically died that day.

As happened with so many others, 9/11 became a turning point for me.  My plan before that tragic day was to work for Gartner for 5 years and then start my own consulting practice.  Instead, I left my high-paying job a month later and launched my first business without one single client.  “I’ll give it a year” I told myself.  That was nearly 20 years ago, and I’ve since launched my second consulting practice, Strategic Imperatives, helping organizations thrive through greater alignment of their strategies, leaders, teams and cultures.

On this September 11, I found myself near San Diego at a Pinnacle Global Network event for business leaders.  I nearly declined this invitation when I saw the meeting date.  Ultimately, I was glad I came.  Being with other entrepreneurs brought me positive energy and reminded me of the courage I had in launching my first consulting practice 20 years ago as well as the resilience in all of us.  The past 18 months have tested that very resilience in different ways as we continue to navigate through a global pandemic and the health, economic, political, and business challenges at every turn.   Every challenge brings opportunity if we look for it with a positive and curious mind.  I look to the future with an open heart and mind as we emerge from the current crisis just as we have from those past.  We may be changed, but we are still strong, courageous, caring and full of gifts to bring to the world.

The PI Behavioral Assessment™ is more than your standard-fare personality test. It identifies and categorizes workplace motivating drives to provide deep insights into the behaviors and motivations of your colleagues and employees. This source of unbiased insight drastically improves empathy, communication, and collaboration on your teams. 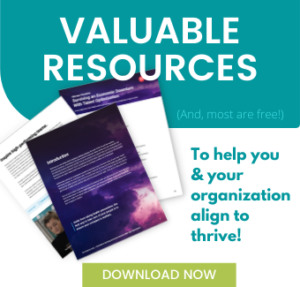 What is Talent Optimization? 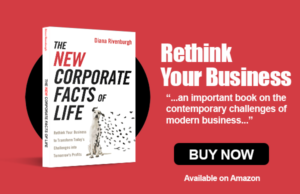 Contact us to create the culture & leadership your organization needs to thrive. Call Diana at (516) 637-6095 or e-mail drivenburgh@strategic-imperatives.com.